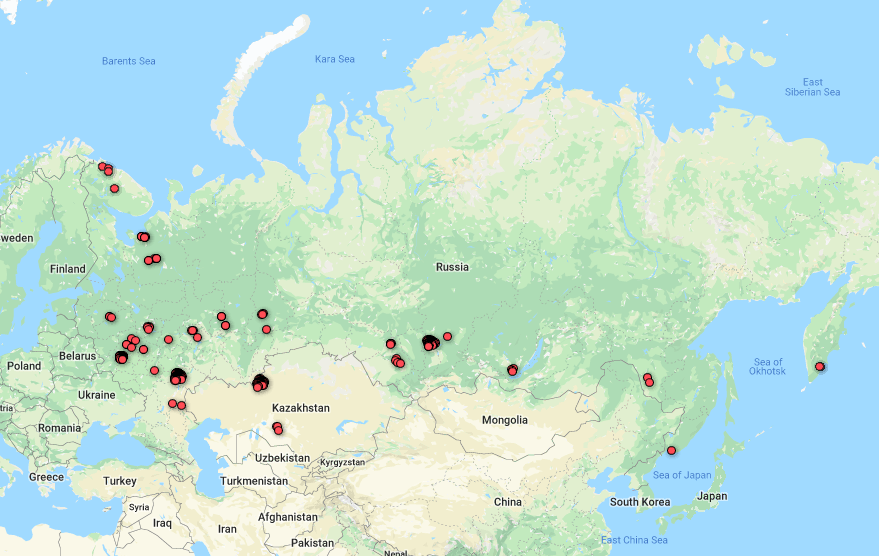 The Russian Federation’s nuclear arsenal consists of a wide range of delivery systems that vary in their missions, capabilities, and operational status. Among these systems are ICBMs, SLBMs, cruise missiles, torpedoes, and gravity bombs. Most of these delivery systems are considered non-strategic for the purposes of New START, which limits only land-based ICBMs, SLBMs, and heavy bombers. However, in terms of warheads, strategic systems account for more than half of Russia’s active nuclear arsenal—2,400 warheads out of the 4,400 nuclear weapons that the Russian Federation is believed to have. The Russian Federation is also estimated to have more than 5,000 nuclear warheads in reserve or awaiting dismantlement. The large number of Russian weapons that fall outside the scope of the New START limits and reporting requirements presents a significant challenge for the nuclear disarmament process. At the same time, two factors should be taken into account. First, no non-strategic nuclear weapons are deployed with operational units, as all these weapons have been consolidated in centralized storage sites. Second, as far as the warheads in reserve are concerned, the Russian Federation has very limited capability to deploy these weapons on existing strategic delivery systems. Overall, the number of deployed strategic warheads reported by the Russian Federation under New START accurately reflects the size of its deployed nuclear force.

Although the Russian Federation submits to the United States biannual reports on the status of its strategic forces and provides notifications as required by New START, the Russian Federation has chosen not to make this information publicly available. The only official data on Russian strategic forces that are available outside of the US–Russian bilateral exchange are the aggregate numbers that the treaty allows the United States to disclose. In the most recent data exchange, the Russian Federation reported that as of 1 September 2012 it had 491 deployed ICBMs, SLBMs, and heavy bombers and 1,499 warheads associated with them. It also reported a total of 884 deployed and non-deployed launchers. The table below shows estimated breakdown of New START aggregate numbers for Russia as of 1 September 2012 (the totals are the officially released data that reflect the status as of 1 September 2012; other numbers are estimates).

The lack of availability of the detailed New START report data complicates the analysis of the composition of Russian strategic forces. However, the reported aggregate numbers in combination with the information that was disclosed during earlier START exchanges, official statements, and data from a range of open sources allow a reasonable estimate.

New START reporting explicitly lists five types of Russian land-based ballistic missiles that are considered operational under the treaty—RS-12M (also known as SS-25 or Topol), RS-12M2 (SS-27 or Topol-M), RS-18 (SS-19 or UR-100NUTTH), RS-20 (SS-18 or R-36M2), and RS-24 (Yars). These missiles are deployed at 12 ICBM bases that are operated by the Strategic Rocket Forces. An analysis of open-source information suggests that Russia has 312 deployed ICBMs.

There is some uncertainty about the number of operationally deployed ICBM warheads. Some missiles are known to carry a single warhead (SS-25 Topol and SS-27 Topol-M) while the SS-19 carries six, and the SS-18 carries 10. The RS-24 Yars is believed to be deployed with six warheads each. However, 20 SS-19 at one of the missile bases probably had their warheads removed at the time the Russian Federation submitted its latest report, as these ICBMs are being withdrawn from service to be replaced by new missiles. If this was the case, the Russian Federation would have had 1,032 deployed ICBM warheads.

In addition to the deployed ICBMs, the Russian Federation has a substantial number of non-deployed ICBM launchers. These include more than 120 silos for the SS-18 and SS-19 that are preserved for potential future deployment of new ICBMs, about 90 road-mobile ICBMs at conversion and elimination facilities, and approximately 45 silos and mobile launchers that are used for training or are located at test ranges. When these numbers are taken into account, it could be estimated that the Russian Federation has a total of about 570 ICBM launchers, deployed and non-deployed.

The Russian ballistic missile submarine fleet includes submarines of four types that could be equipped with four different types of SLBMs. The SLBMs declared operational under New START are the RSM-50 (R-29R, SS-N-18), RSM-52 (R-39, SS-N-20), RSM-54 (R-29RM, SS-N-23), and RSM-56 (Bulava). Not all of these missiles are currently deployed—the SS-N-20 has been withdrawn from service, while Bulava is a new missile that has not yet entered service.

The SLBMs that are currently in service are deployed on submarines of two types—three Project 667BDR (Delta III) submarines that can carry 16 R-29R each, and six Project 667BDRM (Delta IV) submarines that can be equipped with 16 R-29RM. In September 2012, two Delta IV submarines were in overhaul, so their launchers did not contain deployed missiles. This means that at the time of the most recent data exchange the Russian Federation had 112 deployed SLBMs. The R-29R and R-29RM can carry three and four nuclear warheads, respectively, so 400 deployed SLBM warheads would be counted against the respective New START limit.

The Russian Federation declared two types of heavy bombers that are subject to the New START limitations—the Tu-95MS and Tu-160. These bombers can carry long-range nuclear air-launched cruise missiles as well as gravity bombs. In 2009, the Russian Federation declared 13 operational Tu-160 and 63 Tu-95MS. Since then, some aircraft have been withdrawn from service and others were transferred out of the operational force for repair or modernization. As a result, it is estimated that in September 2012 Russia had 67 heavy bombers that were counted as deployed—11 Tu-160 and 56 Tu-95MS.

The New START rules for counting deployed nuclear warheads associated with heavy bombers assign one deployed warhead to each deployed aircraft. This means that the Russian Federation would declare 67 warheads deployed on its heavy bombers. The actual number of nuclear arms assigned to the bomber force is not known, but it could be as high as about 800. This number, however, is not reported under New START.

In addition to the operationally deployed heavy bombers, about 15 aircraft are counted as non-deployed. This number includes the aircraft used for tests and training and those undergoing repair. The total number of heavy bombers, deployed and non-deployed, is taken to be 82.